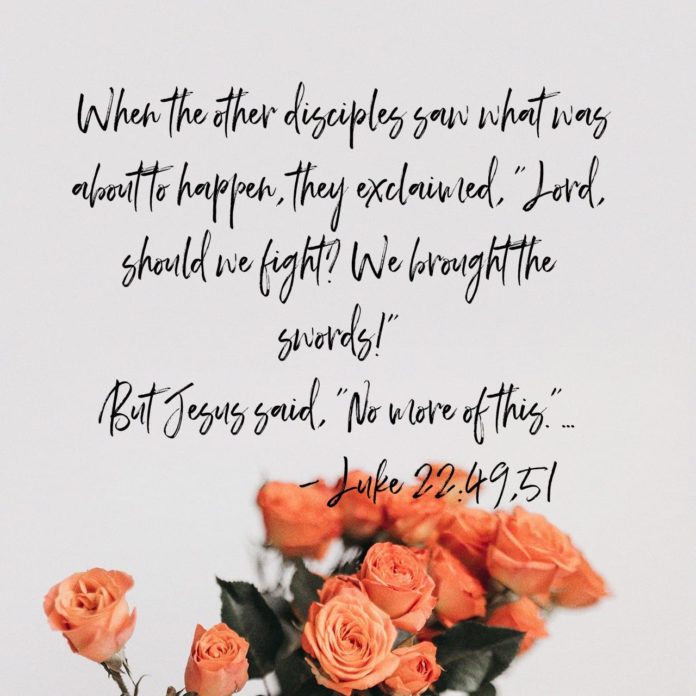 Many times we are concerned with “fight or flight?” and in most cases, our primary response is to F I G H T.

As we stubbornly fight for what we think is right, we haven’t noticed that God, on the other hand, wants us to simply put down the sword and let what is about to happen, happen. Not because He doesn’t want us to win. In fact, He is the God who only knows how to triumph. Now you might ask, so why then would He ask us to let loose?
To put it simply, it is because you are in the wrong battle. You’ve got swords with you, you’ve been ready for such but hey… you’ve been exhausted over something that isn’t supposed to eat up your energy. That is not yours to win because that is not where you are supposed to fight.
Have you seen an audience throwing rants as to why he didn’t win? That audience is just like us. We throw tantrums yet we are not in the competition. We are not in the competition because that is not our field of expertise… that is not ours to begin with.
And so God is telling you, “NO MORE OF THIS”. Don’t waste your time fighting over the battles that are not part of your destiny. You were brought there to just watch but now look at you, you’re trying to meddle. The more you meddle, the longer it will take you to your destiny.
Imagine if the disciples continued to use their swords that night when Jesus was betrayed. It will only prolong the agony but what’s bound to happen will still happen. Jesus will still die on the cross, maybe not on His 30s had the disciples fought and intervened. Fortunately, they followed when Jesus told them to stop.
Proverbs 19:21 says, “You can make many plans but the Lord’s purpose will prevail.” Be sure to fight only for the things that are part of God’s plan over your life. You can be the most strategic and intelligent person but if you’re fighting for something that’s not yours, you will earn nothing but exhaustion.
Waste not your energy. Ask the Lord which are the ones to fight for. Seek the will of God because it gives you unexplainable peace within your heart as you fight.
Fight smart, champ! 💪🏆
Disclaimer: The views and opinions expressed in this article are those of the authors and do not necessarily reflect the official values or position of Boiling Waters PH. Assumptions made within the analysis are not reflective of the position of any Boiling Waters PH entity.

I WILL FEAR NO MORE

We Will Heal As One