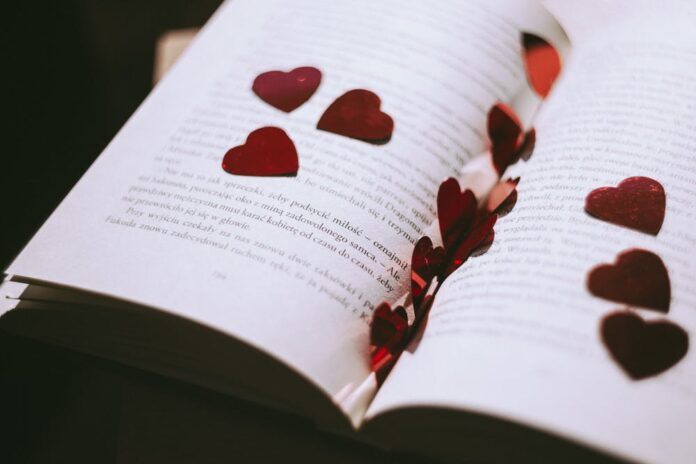 Once upon a time, I believed that if I was good enough like those princesses in fairy tales, I would meet a prince and live happily ever after.

But as it turns out, princes don’t just pop out of nowhere and sweep you off of your feet. They don’t magically appear in front you, slay dragons for you, and maybe, even risk dying for you.

When I got old enough to learn of this, I felt disheartened. I yearned for a happy ever after like all those books and movies keep on telling me about. And I got sad thinking that I couldn’t have one for myself. That is, until I chanced upon a story that gave me new hope for love. And oh, how delighted I was when it seemed to fit perfectly in my life. It felt like it was my love story, and I was so thrilled about it.

It’s a typical girl meets boy story. Boy annoys girl. Girl falls in love even though he is a bad boy. Bad boy realizes he loves her too, just when he is about to lose her and so he changes for her. The rest is history, and they live happily ever after.

It felt so surreal, yet I imagined having a love story like it. This kind of story, I thought, wasn’t too far out of my reach. Maybe I too could have a love so strong it could change a man’s heart, and then we could both have a happy ever after. So when I met you, I thought “Finally, I too, could have a happy ending.”

To my disappointment, it still wasn’t like in the books and movies. While a girl like me did fall for a boy like you, you did not love me back like how I thought you were supposed to. Maybe you just weren’t as affected by losing me as much as I would by losing you. Or even if you did, maybe it wasn’t enough for you to change your ways and stop doing things that would hurt me.

It was a pill hard to swallow, but the stories in those books and movies that I loved so much can’t always happen in real life. Or maybe they do happen, just not exactly as it was told – maybe there were a lot of parts that didn’t make the print, that we didn’t get to know about.

What those fairy tales didn’t tell me was what happened between the time the prince kisses the princess and the time they live happily ever after. They might have had fights and breakups and heartaches they didn’t tell us about. They probably at one point almost lost each other, too, we just didn’t get to hear about that part. It was a fairy tale, after all, they only needed to tell us the good parts.

What those other stories tried to tell me, but I failed to realize, is that while love stories do exist, there are times that it doesn’t always work out between two characters. Sometimes, we’re not always the main character, we’re the supporting character that leads the real main characters to meet and fall in love with each other. And that’s probably because that isn’t our main story, too.

We cross-over to other stories because we’re part of their timeline – we’re part of the plot that makes their story great. All these happen while we’re on our way to finding our real match in our very own love story. Maybe we need to cross paths with them to build our character first. Maybe we need them to develop and build up our own plot, until it becomes a great story, too.

For now, I am probably still just crossing over in other people’s stories, or maybe I have already found my match without realizing it. I have no way to know for sure, but what I know now is that my story is still being written. I may not get to read the final draft or the published script, but I hope those who get to read it would find it a good read.

You Exist in my Soul

To my fellow Maria Clara,

a poem for the man I love enough to let go