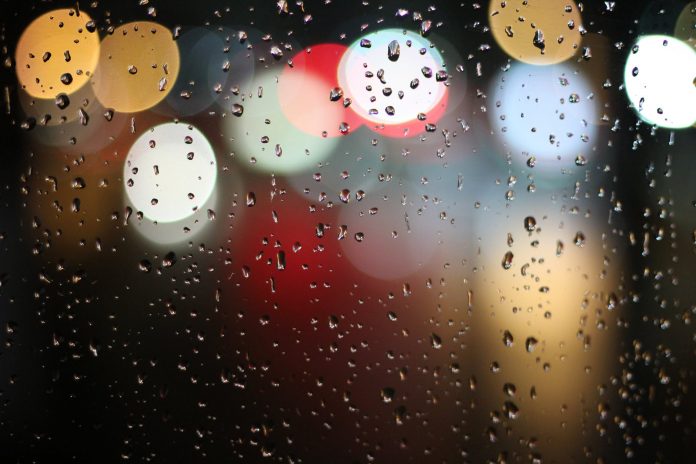 Plot twists are last minute surprises; they’re supposed to describe something or someone that has unexpectedly changed the game at the last minute. But because of my desperation, I forced you to be one, which was one of the stupidest things I’ve done. You were my 2017 forced plot twist. First of all, I’m so sorry for forcing you into something you didn’t want to.

It was hours before the end of 2017 when you finally said yes, after weeks of nagging you to agree with me. Quite confusing for some, really, since it was supposed to be you who should have ask me out. As how almost everyone views the gender roles in a relationship, the boy is supposed to ask the girl out while she’s supposed to play hard to get.

You were everything I wanted, really, and I’ve put aside your imperfections because they don’t make you any less worthy of anything. I loved you with your flaws. It could have been the right thing to do, but it still happened at the wrong time.

You wanted the both of us to wait but I wanted the opposite of it. I was too impatient to wait until the time is right for the both of us—for me, most especially. It may have already been the right time for you, but it wasn’t, for me.

Not everyone supports us but they tried to understand us when they found out that you wanted to wait. Still, everything is wrong.

I sought for a label that could finally assure me that there’s going to be an “us” in the future, if it’s really a part of His plan. We had a more serious type of a fling that was the nearest we could get to having a relationship, but you still wanted to wait until you’re now allowed to court me, when I’m ready and no one’s going to stop you from doing it. But ready or not, I was determined to keep what we had.

Maybe it was because of feeling the lack of love from a male image that I took you in immediately when I should’ve not. Or maybe it was an effect of being overwhelmed by how loved you made me feel when I couldn’t even love myself, and that I’ve never felt this cared for with my past lovers. Most probably because I have not yet come to fully know God’s love that’s going to be enough for me even if I don’t have any relationship with the opposite sex.

Call me desperate, but curiosity and too much love can really drive one to do crazy things.

We had a gap of a couple of years; and while I’m still trying to survive my teenage years, you’re already at your adulting phase. We aimed to grow together and to build each other up, most especially in the spiritual and emotional aspects. We wrote our goals together and thought about long-term plans as if we’re going to last long. We weren’t sure if it was really God’s plan for us to be together, but you promised to wait, nevertheless.

Everything may not have been perfect, but I tried to stay despite our misunderstandings, silent wars and petty arguments, not to mention my frequent mood swings because dealing with teenage hormones isn’t easy—but you remained patient despite pushing you to your limits.

I stayed despite knowing that it wouldn’t do any good for our growth because I was hoping for brighter days—when we’ll finally be more mature to handle life’s stones to be thrown at us. I felt compelled to help you grow when I shouldn’t be.

I was chasing after you when you should’ve done it for me.

I was still chasing you when you got tired of me.

I did it wrong.

How can you want something and value its worth if it has already been served in front of you?

Fast forward to May 2018. We both knew that we weren’t growing in each other’s arms anymore and that we’re hindering growth from occurring; and with that, we had to cut ties between the both of us. After countless attempts of letting go but still failing and then getting back together, you got tired of begging to hold on and did what I’ve always pushed you to do—let me go. You packed your bags and left, without even looking back.

We both know that there was more to that, and more storms pulled us farther apart. Maybe the people who weren’t supportive of us were really right, and I was too blinded to see.

I started blaming myself for what had happened when I shouldn’t be. Soon after, I found myself thankful even for the sad days because at those low points, God proved that He’s there, and continued running after me even at that time when I was still running after you. I felt loved and was reminded of it every time it rains.

So, I stopped pitying myself and started getting back on my feet.

I had to deal with the rest of my 2018 on my own. It was then that I’ve realized that I’m still not that flexible enough to juggle my studies, family time, ministries, and you at the same time. I went back to zero at getting to know myself, my strengths and weaknesses included.

It was kind of a blessing in disguise though, when you’ve finally agreed to stop what’s going on between us, because months after, I’ve finally reached my goals, and I can see that you’ve reached yours, too; making me realize that growth can still occur even if you’re on your own.

While others can grow in pairs, I’ve come to be aware that it’s not going to work for me as of the moment—and maybe it is God’s way of pulling me closer to Him, so that I can learn to depend on Him more, rather than trusting too much on the wrong person.

2018 has been my year of comfort and healing, of realizations and senti moments while waiting for the bus and most especially, for growth that meant rising from the ashes. With the last thing I’ve mentioned, I think I’ve gotten better at it.

To my 2017 plot twist, thank you for choosing to let go, for putting in spaces between us for growth to kick in. This year may have been a tough one to deal with, but it has really taught me a lot, and I hope it goes the same for you as well.

Congrats on passing the LET, you’re now a legit teacher! I’m so proud of you, and I will always be.

It’s going to be a year since you’ve become the plot twist you were forced to become, and this summer will be a year since you left. Our journey, though short-lived, was one hell of a rollercoaster ride I didn’t expect before hopping in. Thank you for the lessons, the laughs, the memories. I’ll forever be remembering them, and you’ll forever have a special place in my heart, because even just for once, I’ve gotten to know you better, imperfections and all, and I’ve come to know how amazing you are despite your scars and bruises.

Thank you for showing me a side of you, though incomplete, that not everyone sees. I understand that it’s difficult for you to open up to someone else that easily.

Till then, may you never lose sight of the promises God has made you wait on.

May you never give up on them, and may you not waste chances ever again.

I hope you’d do things right this time.

How can I handle it as a single guy na umaasa pa rin sa kany...

Allow me to miss you until I no longer do.

An open letter to my MOON

An open letter to My MOON

Maybe we’re not meant to be together, at least at this...