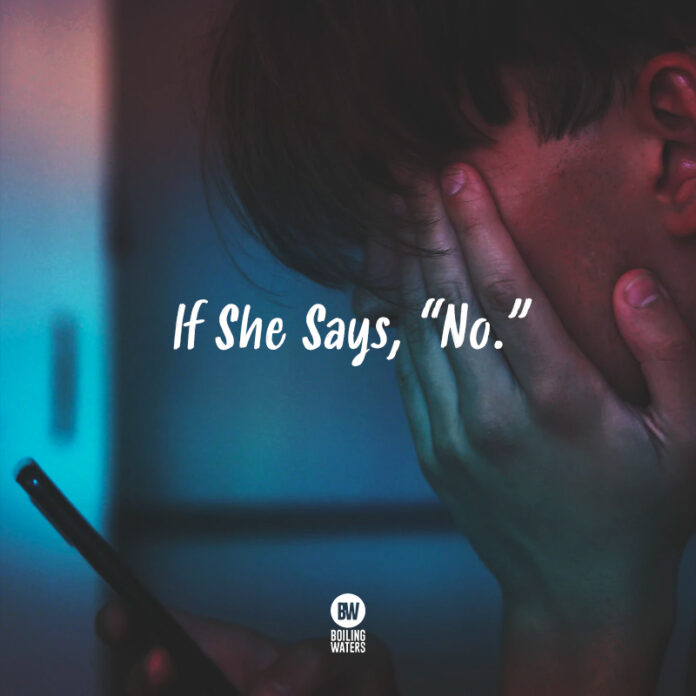 I know you tried hard.

I know you prayed as much as you could.

I know you prepared as much as you can.

But I know that you know that she’s allowed to say “No.”

You probably cry yourself at night.

Or probably wake up crying.

And you feel so stupid and insecure while asking yourself,

“Am I really that hard to consider?”

And you’re mad because you know that you’re not.

And it makes you even angrier because even though you already know, you still feel that way.

You know that God did not make any mistake when He made you.

You know that God is continuously working in your life.

You know that you are allowing His grace to mold you as the man He has called you to be.

But the pain and hurt of being rejected took over and there’s just too much pain that you cannot focus on anything else but the burning feeling of rejection.

But keep in mind that God does not reject your feelings.

Cast your hurt upon His feet.

And be reminded that the LORD your God is close to the broken-hearted.

But please remind yourself of this too.

She didn’t want to hurt you.

She’s probably hurt too because she hurt you unintentionally.

She didn’t want you to suffer the rejection.

But when you took the risk of pursuing her, she suddenly had to take care of the risk that you initiated.

She had to respond to what you did.

She had to ask God as much as you did.

She probably thought of this as much as you did.

May be even more.

Keep in mind that she prayed about it as well.

Also, know that she had her fears about it too.

“What if he’s the last guy that will pursue me?”

“What if I’m just being too picky?”

“What if I’ll end up liking him later? Should I give him a chance? But what if I don’t and I’ll end up saying ‘No.’ later? Will he think that I just played with his feelings?”

“What if he ends up hurting me later? Or ends up leaving me behind for someone else?”

“What if he sees a bad side of me and decides to leave me behind?”

“If I say no, will he think that I’m thinking too highly of myself? That I consider myself too pretty?”

Know that there were a lot of things in her mind as well.

She probably had sleepless nights too.

So don’t hate her for saying ‘No.’

Because she had to muster as much courage to say “No.” as you did when you laid your intentions of pursuing.

Thank her because she had put you into consideration.

That she didn’t want to waste your time anymore.

That she didn’t want you to experience a one-sided love story for the rest of your life.

Thank her for giving you some of her time.

Thank her for letting you learn something about life with her.

Appreciate her for her convictions.

And pray for her and her future as you part ways.

To that someone who’s gon...

How Jollibee Saved Me