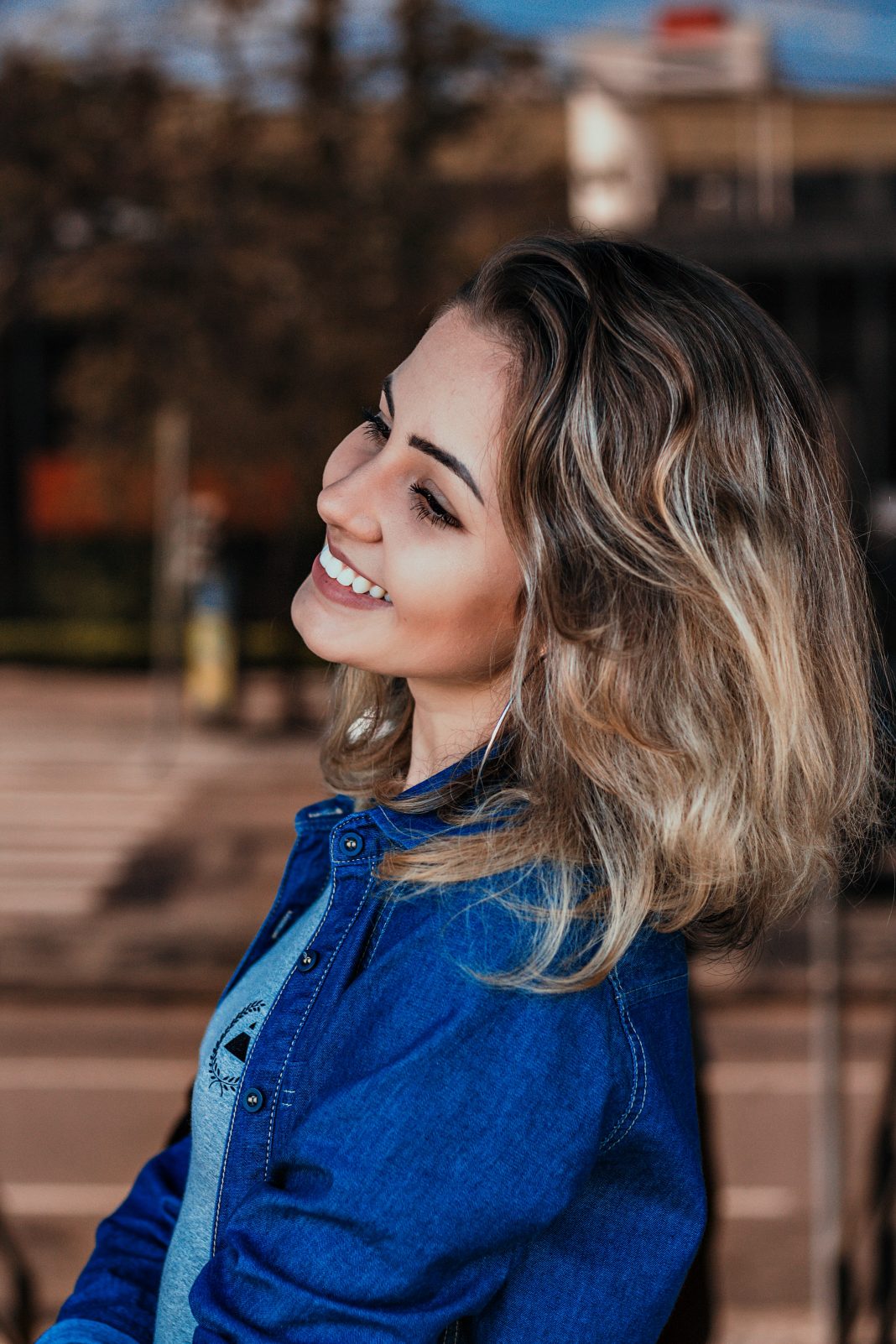 Deal-breakers can strike at any moment especially if you get too complacent about your current strategy. Over the course of my experiences on meeting a lot of people, I got to formulate my own “Trade Secrets” or my ways of being different among the competition. These trade secrets helped me how to say the right words at the right time, the right actions at the right moment, and the most acceptable attitude on a certain situation.  More importantly, on building relationship with the woman that I really like.

In the Tagalog dictionary, it means the process of wooing a girl. The process is where the definition of courtship can be expressed differently and I personally believe that the foundation for it, is simply through a good talk. Looks will fade, you will sure look like a beaten pan-desal in the distant future but being a good conversationalist can make you look like Barack Obama, at least to her, for a long time. One of my closest girl-friend told me that the problem with panliligaw is that the guys always tend to show the best foot forward with little, to no transparency at all. For her, there is only a small window for knowing your date’s weaknesses because her interpretation of panliligaw is mostly a strength-centric, all  pambobola process. And I can partially agree with that.

The distinct good characters in men is only the beginning! Let’s say that you already have her attention, then, what’s next? The reality is that a lot of guys are crumbling at this stage of the process because they cannot sustain the interest of the girl anymore. I cannot count the times when some of my female friends complain about most guys not being multi-faceted. I know what your’re thinking – women are complicated! We have to manage that brad because that is something we can’t control.

Think of this like applying for a job. If your interview result is one-dimensional, then the probability of being on the shortlist is very slim. A hiring manager would likely pick a candidate who have multiple skills or the one who can offer something else in addition to his base skills. Ladies are like the companies that men applies for and the “panliligaw” is the recruitment process. Coincidentally, both process are similarly dependent to your conversational skill because without it, how can you cannot present yourself effectively? But having a good conversational skill does not always guarantee you a success. In every attempt to apply for the woman you like, always remember that rejection and failure is a higher possibility.

Rewinding a few years back, I can still remember a certain rejection of my life during my younger days. You know, being young and having no mentor on dealing with the ladies, it’s like joining the battlefield without any big and long guns! I may have had them but not that big and long. Just, the bang. So the name of the girl is MC or short for Maria Christina and I was able to invite her for a walk in the park with my hopes of having a girlfriend. I swear, as soon as we got there, I went on full mute! It’s a similar feeling of natatae with a twist of lemon because I was overwhelmed with my emotions. Of course she got bored to death! She tried to hurt my feelings intentionally with the words “Alam mo, ang boring mo kausap! <expletive> ka naman eh!” then walked out furiously.

Sheesh! What a fierce woman!

That day was one of the most important and pivotal points of my life. It was a game changer and the entry-level stages for developing my conversational skills. I do have a large failure rate with the ladies in my younger years and we all know that, again, failure is one of the best ways to learn. Considering the possibility of failing helps a lot on building your confidence without being arrogant.

Some guys that I know are kind of the retaliating type after experiencing a rejection. This is not a good attitude brad! Remember that you are applying for the position and the answer is either yes or no or wait for eternity. She has to make a choice eventually. It hurts to be rejected but that doesn’t make you a lesser man. Don’t retaliate by saying “So kinaganda mo?” or maybe spread rumors like “Ganda nga panget naman ng ugali” just because you got freaking rejected. It’s a stupid move so please don’t do that as it also reflects on how you handle setbacks. #BitterOcampo

What went wrong?  I asked myself.

This is the question that is playing on my mind for every rejection that I experienced. It is an easy question to answer yourself if you really know your current capabilities. The answer to that question is because I obviously lacked the conversational skills. Self-denial, is the common problem on why some men are not really contributing to their own version of dating trade secrets.

Reading through forbes.com, I came across a study named “The Dunning-Kruger Effect” that aims to answer on why some people think they’re great when their efforts are really terrible on the eyes of others. The examples used are from the corporate world but it focuses on the idea about inflated self-assessments or the bad habit of thinking that you don’t need to learn anymore. As professor Dunning noted:

Everyone was not born with a great set of skills right of the bat. You have to be honest to yourself brad. If you keep denying to yourself that you don’t need to improve then you will never learn! You also need to reflect those rejection reasons constructively. Well….if you’re lucky enough to know it.

Do you realize how difficult it is for women to reject someone they don’t really like? It’s a stressful situation to handle for most women and some of them can be bluntly honest on why they don’t like you so you need to be prepared for that as well. I personally like the honest woman – basted kung basted! Feedbacks like “boring mo kausap” or “baho ng hininga mo” or “judgemental ka masyado” should be taken constructively in order to learn from it. This is one of the important steps on improving your personality. Heck, even Michael Jordan missed a lot of shots and experienced a lot of criticisms before he was G.O.A.T!

“You missed a lot of shots you never took.”

Again, keep in mind that failure and rejection are important elements for learning.

How do I keep the conversation interesting? This is the next question that I also asked myself after all of those stressful situations. So what should I say?

Choose your topics wisely! There are certain taboos that you need to remember. No, not the mid-80’s DVD porn collection. Yamite onee-chaan! I am talking about the topics that you need to avoid as much as possible and these are religion, politics, and cultural beliefs. Trying to question or simply break a taboo is objectionable by society in general. These topics can lead to hostility and awkwardness and that is not how we like our conversations to go with women. An angry girl is imminent when you don’t watch your mouth carefully that’s why you need to hard-code this to your mind.

There was one day when I accidentally overheard a conversation between a girl and a guy in a coffee shop nearby. The guy tried to question on why she chose a certain religion and reiterated the bad publicity that it faces. The girl started to frown and of course she asserted her own religious belief. “Feeling mo banal ka na nyan? Religion mo lang ang tama?!” she exclaimed. “No it’s because unvuvvuhhewwehiou ok pero kasi unveisdsoxdkesvuyss” he answered. Seriously, that is how I really heard it! His voice sounded like an encrypted noise at that time because I didn’t bother to listen more intently. I can already sense the atmosphere getting heavier, palms are getting wet, heartbeat pumping, and it’s getting hotter. You wish it was for a different context but no! So brad, be careful with the taboos kung ayaw mong matampal ng cactus! Try to choose an interesting topic the next time. Read further to fully understand.

I tried experimenting a lot of techniques that can elevate my conversational skills and it really took me years to be proficient with them. Starting a good talk during the first meet-up is a real challenge especially if you are the “torpe” kind of guy.

Her name is the Sweetest Thing – This idea came from my former teacher in literature back in high-school. I later found out that this is something basic and really important on building relationships.

“A person’s name is to that person, the sweetest, most important sound in any language”

– Dale Carnegie, author of How to Win Friends and Influence People

Perhaps you already experienced this yourself when someone called you by your name, but why is that? Dale explained this as a simple act of acceptance:

People in general loves to hear their own names as it is more personable rather than calling them “Hey, come over here please.” or calling them by associated names because she’s pretty such as “Hi Miss Universe, can I ask for your opinion?”

In a study conducted by Dennis P. Carmody and Michael Lewis named “Brain activation when hearing one’s own and others’ names,” they proved that some parts of the brain are activated whenever they hear their names being called by using Magnetic Resonance Imaging or MRI. However, like most things in life, it is recommended that you do not over exaggerate the name calling to the point that it doesn’t make any sense no more. I am personally not good on remembering names except for those very interesting people, like a fierce woman for example. Use real names instead of calling her “bhe” or “babe” right off the bat! Avoid being creepy.