Of course, everyone wants to be liked.

The feeling is surreal, right? That feeling we get when somebody tells us that they like us? It gives us a sense of pride or identity that we are somebody worth pursuing, right? Oh, everyone loves that feeling. This is so common to our culture right now.

What’s the Problem With This?

Well, you know the problem. We might be into that feeling that somebody is attracted to us that we don’t notice their feelings already.

I saw this happened many times. Somebody says they like you and you are so much into the feeling of being admired that you do not put boundaries between the two of you. He/she ends up investing, you end up happy about your self-worth.

You thought it ends there but you actually ended up hurting another person because you never made the boundaries clear because you don’t really like the other person, you just want the feeling that he/she is giving you. Or, you ended up liking the person but that other person only wants the feeling of you wanting them. Both end up in failure and heartbreak. Not only that, you lose a potential friend. You also lose the person who induces you with the self-worth drug and you end up feeling bad about yourself ’cause you just lost the one giving you your self-worth. The real ending? You just scarred each other emotionally and nobody wants that.

1. Understand who you are in God’s sight.

Unless you do know who you are in God’s sight, you will not continue with the other practical ways posted here. You should first learn that your identity is never based on the other person but on who God says you are. Read your Bible, see how God looks at people who want to follow Him there. He refers to you as a friend, son, and daughter. Which means, you are valued by the Creator of the Universe and this truth makes people’s approval irrelevant.

You are valued by the Creator of the Universe and this truth makes people’s approval irrelevant.

Do not be afraid of telling the truth upfront. Doing it helps you show compassion to the other person, delaying it might prolong someone’s agony of waiting for you who might not be able to return what the other person gives.

If you want to be his/her friend, tell it upfront. Do not let the other person wonder if there will be something more. Set his/her expectations straight so, you won’t end up hurting the other person.

3. Never let your guard down.

I know you’re pretty or handsome but sometimes the other person is just too persistent but always keep your guard up. Never cross the boundary you set up. Do not lead the other person on if you do not have the motivation of seriously pursuing him/her.

These are just practical help from a concerned brother in Christ. I believe that as Christians, called to live in love, we should be mindful of others and not ourselves. Doing this allows us to become consistent about what we really believe in, helping people understand our stand.

Sometimes, a no that hurts upfront is better than a delayed no that batters a heart waiting for a love that will never be returned. Please always remember that. 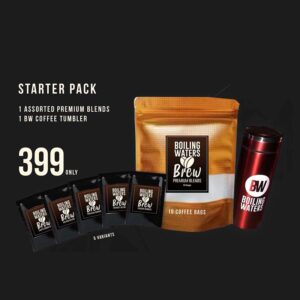 Keep us boiling! Donate to BW! 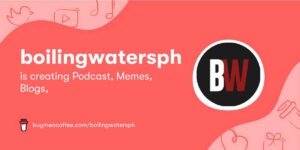